I don't like being cold. It makes me cranky. (My mother and I have this in common. Love you, mom!) In my little seven-year-old mind, this slow, around and around process kept me warmer for longer. Delayed the inevitable coldness you feel when you first get in the pool. Now, as an adult, I don't subscribe to this approach. I may not be the cannonball type just yet, but I definitely get in a lot faster. (If I don't, my brother throws me in...) I understand now that delaying the discomfort does not make it any easier. If anything, it makes it worse. Instead of two seconds of adjusting, you adjust back and forth between the two with each change in environment. Getting all the way in right away is a much better strategy.

When I was eight, at my very first service at Phoenix First Assembly, I got saved. Pastor Tommy preached an illustrated sermon about hell. I think it was 'To Hell and Back'. It scared the hell out of me, literally. I think I ran down to the altar to give my life to Christ, ensuring I'd never end up in that nightmarish place.

First step, but then out and around for five years.

When I was thirteen, I got baptized. It was a Wednesday night, September 17th, 1997. For some reason, I don't remember why, the youth group was in the main service with all the adults. I don't remember what was said, except that it would be the last time Pastor Tommy would baptize. I was sitting with my friends on the ramp. I turned to one of them and said, 'Ya know, I've never gotten baptized.'

So I went. Completely unprepared, both physically and spiritually. (I didn't have any extra clothes to change into.)

I went and got baptized. Not because the Spirit led me or something inside me told me I needed to, but because I hadn't yet, and this would be the last time the whole church was really paying attention (in my mind).

Second step, then back out and around for two years.

After my freshman year of high school, I went to youth camp for the first time. The second night, I was filled with the Holy Spirit. It was amazing. I remember it vividly. Such peace and comfort and fire inside. I remember I ended up preaching for some reason, just a little short sermon/skit thing, and won the Camper of the Year award.

June 1999. By August 1999, when my sophomore year started, everything was back to normal.

Third step, then out and around.

Do you see the pattern?

I can give many examples. Countless times I immersed myself in God's Kingdom, but only for a while. Then I'd get uncomfortable or lazy or downright stubborn, and jump back out and into the world. Maybe being in the world wasn't my intention, but being in the Kingdom was too difficult. Asked too much of me. Too much effort involved. Too many things I wasn't allowed to do.

The past few months have been a time of crazy growth in my walk with God. The old man has been dying. The new man is thriving.

A few months ago, I had a thought. 'I should get baptized again.' Weird, my flesh responded, followed by a veritable slew of reasons not to.

My church has a baptism class. A prerequisite for getting baptized. They want to make sure you really understand what's going on. So I signed up. It got canceled. But, never fear! They sent the sermon my pastor preached seven years ago called 'Buried Alive'. I watched it. Took notes. Cried.

Then, this past Sunday, on April 29th, 2018, I got baptized again. The fears tried to pull me back, but I jumped in. Okay, I didn't jump, I climbed down the ladder, but you know what I mean.

I had to give a reason, which they announced for everyone there to hear:

"Beth is getting baptized today because
her faith is deeper now than ever before.
She's done tiptoeing in the water,
and she's going in all the way."


The water was cold. (If you can read lips, you can actually see me say that...)

The fears tried to stop me.

But it was worth it.

I'm different today than I was before.

Popular posts from this blog 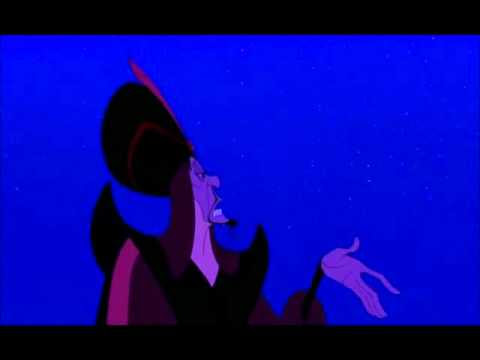 Just about any time someone mentions patience, I think of Jafar and Iago in the first (only) Aladdin movie.
Read more

July 20, 2018
In the crushing, in the pressing You are making new wine  In the soil, I now surrender You are breaking new ground  So I yield to You and to Your careful hand When I trust You I don't need to understand  Make me Your vessel Make me an offering Make me whatever You want me to be  I came here with nothing But all You have given me Jesus, bring new wine out of me  'Cause where there is new wine There is new power There is new freedom And the kingdom is here  I lay down my old flames To carry Your new fire today  Songwriters: Brooke Fraser This has been my favorite song lately. There's been a lot more pain in this season than I expected. But I've been dealing with it differently than in the past. Instead of doing my very best to avoid the pain, usually by shoving all emotion down until I'm beyond feeling, I've been embracing it. Not wallowing in it, but sitting at the wall, resting in my Father's arms, and waiting for it to pass. A while back
Read more